Review of the AnyTone AT-868UV

The AnyTone AT-868UV (868 from now on) is a very cool "Digital Mobile Radio" (AKA DMR radio).  It's a dual-band analog radio that also supports DMR so you can use it for both classic analog and digital. I really like the "Zone" feature, which is nothing more than a grouping of channels.  Zones are great for me since I only want to see some channels when when I'm at my summer home or working with my ARES team.   This is similar to the Yaesu "Bank" but Yaesu banks are hard to use, not labeled on some radios and kind of kludgy.  The way you switch banks is different on my two Yaesu HTs and I’m always forgetting how it works.

I won the 868 in a raffle at a Papa System Group love-in.  The Papa Group is a great bunch of hams here is SoCal, supporting about 14 analog repeaters in Southern California that can use IRLP linking.  In addition they have 11 D-STAR repeaters, and 13 DMR repeaters with more coming.  By the way, the reason the Papa System is so popular is that all of the analog repeaters are linked together with bridges to D-STAR and DMR.


A bonus for me is that the Papa dudes also supplied a configuration file that I could put on my radio that had all of the analog and DMR repeaters programmed into it (called a code plug).  This allowed me to totally grok DMR setup of frequencies, callgroups, zones, and scan groups in minutes. Their code plug is available on their website (papasys.com).

A quick word on DMR

Before I go on any further, I need to explain, as briefly as I can, what DMR (Digital Mobile Radio) is and how its different.  DMR is digital which does a few things right off  the bat. 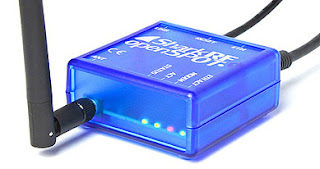 Talkgroups:  If you think of a single stand-alone repeater as a group of people that want to talk to each other, that’s a “talkgroup”.  All of the Papa System analog repeaters mentioned above are linked together forming a very large coverage area creating a larger "talkgroup".   If an operator is out of town, there are ways to connect with a cell phone as well.  Keep all of this in mind.  DMR has over 1,270 talkgroups with room for more.  They do this by connecting each repeater (or the little hotspots like the one in my home) to a network of computers.  When a repeater or hotspot (I’ll just say repeater from no on) is subscribed to a talk group, any transmission that is destined for that group is heard by all the operators listening via a repeater.  Just think of it as a massive website of pages where a page is a talkgroup and instead of a web page, it’s voice.  Lastly, if an operator is using a repeater and wants to talk to his pals on the SoCal 31066 talk group but the repeater isn’t currently subscribed to it full-time, all he/she has to do is dial in the repeater and tell his radio what talk group he wants to communicate with and transmit.  The radio sends the destination talkgroup with each transmission and the repeater will dynamically add the group to the subscribed list on the repeater if it’s isn’t already.  Now the operator just joined the group and can hear everyone else no matter what their on-ramp is.  Think of it as being able to connect to any repeater in the world from any repeater with just the push of a button. There are over 1300 Brandmiester talk groups.  Here's a listing of Brandmeister talk groups.

For me, DMR using the Brandmeister network really opens up a new world of capabilities.  Users of Analog repeaters can link the repeater to another repeater,  if it is supported,  using special tones sent from their radio.  I’ve see local hams do this by linking the repeater I’m on to one in New York or elsewhere.  DMR changes this because it makes connecting to a "talkgroup" from anywhere in the world as easy as pressing the transmit button on your HT.  If I was in Russia, I could use a local repeater or hotspot and yak with my pals that monitor the SoCal group here in San Diego in seconds.  If you are into radio, this is pretty cool.

There’s one catch though.  If at any time the repeater becomes disconnected from the internet, it acts like any old-school repeater by only having the capability to communicate with users on that specific repeater.  In a disaster, not a problem, just choose the “local” talk group and the repeater knows not to even try to use the Internet.

Build Quality - This is a much better radio than I was anticipating.  The market has a few very cheap Chinese radios like the BaoFeng UV-5R, a very popular cheap and disposable radio but well liked.  If the BaoFeng blows a final, you just spring for a new one.  The Anytone radio is rugged.  Although I’ve only dropped it once so far.   I watched a YouTuber mention that he was also impressed that the radio has held up to multiple drops over the last few months.  This is important to me as  I do Summits on The Air (SOTA) where I climb to mountain tops and use my VHF and HF radios to make contacts.  I need something that is reliable in these conditions.

Configurability on the radio - One other interesting thing about this radio compared to some of the other DMR radios is that this unit is fully configurable without a computer.  There are many radios out there that are only configurable by hooking them to your computer and downloading a new configuration.  DMR started it's life in commercial  and public safety applications where you typically don't want users to change anything other than a few channels, so this makes sense.  Also, all of the buttons on the radio are programmable and very useful.  For example, being able to turn digital monitor on and off while using the radio is very handy.

Easy to program - The user interface for programming on the radio is pretty straightforward.  In addition, the PC programming software seems well thought out (remember, I’m a geek so this kinda stuff comes easy for me).

Free programming software - The software that comes with some of the expensive Yaesu radios is crippled forcing you to purchase software.  Some radios don’t even come with a programming cable.  This radio comes with both included!

An active development team - What I mean here is that there are firmware updates coming out pretty often that enable new features and resolve bugs.  The hardware has been on the market for a while and early users complained of quite a few bugs.  For me I’ve only run into a couple.  Because it’s a software defined radio with GPS and quite a bit of memory, there continues to be a lot of future potential for my radio as each release of the firmware enables new features.

Internet support - Because this radio hit the high notes with amateur radio dudes, it’s selling like crazy.  Since geeks are the ones that are into ham radio, and geeks publish blogs and videos, there is tons of support available.

Battery Life - The radio can go a couple of days at times.  Part of this due to the nature of digital and TDMA.  When transmitting,  the unit is actually in transmit mode less than 50% of the time (for every second you transmit, it’s actually only transmitting .4 seconds).

Availability of accessories - The jacks on this unit are similar to others on the market so things like head mounted mic/earphones work.

Documentation - Use of the radio seems pretty well documented and readable.  Less expensive radios have been known to have some pretty bad manuals, but not this one.

It's rugged!  - I do a lot of Summits On The Air (hiking to the top of a mountain with a radio).  It gets dropped in the dirt, banged on rocks and assaulted by trees and brush and it works like a champ.

Sound Quality - One thing I don't like is the sound quality.  DMR is a bit compressed but not bad.  Unfortunately the speaker can make it sound really bad at times, kind of tinging sound...  While using a cheap headset for a conversation, it sounded great.  Supposidly this unit has "IP-54 Water and Dust Resistant" which most likely contributes to the funky sound.  I think it may also be due to the size of the speaker and the fact that all the sounds has to come through two little holes in the front.

Documentation - There’s no help files for the PC programming software and some of the options that you can set on the radio can be very confusing.  There are well written docs on installing the software and how to upgrade the firmware online.

Lock isn’t really lock - There is a keypad lock but the keypad is the only thing that is locked. I want everything but the volume control locked.  When using it I don’t want to accidently hit one of the many buttons and change this thing.  Also, when hiking, my radio gets jostled around quite a bit and I don’t want to pick it up, start using it, only to find I’m on a different frequency or some other features is turned on that is keeping me from communicating.  My other radios have this so why not this unit.  Another reason to be able to quickly lock the unit is if you need to hand it to another user that is unfamiliar with the radio.  If they accidently change something, they may not be able to get it back to where it was easily.

Search in programming software is needed -  One of the things that DMR brings (because of the way that current radios work) is that operators need to configure all of the talk groups they want to use for each repeater.  That means if you have 5 repeaters in your area, and you want to be able to easily jump from machine to machine with 5 talk groups, you have to setup 25 channels.  Most likely, a user will also setup analog repeaters.  This means you end up with a lot of "channels".  The Papa code plug comes with 978 channels.   Users take these channels and group them into smaller sets so that they are useful.  The software support up to 4000 channels!  It would be nice to have search on the main channel screen to see how you setup a channel.  Also, when setting up a new group, rather than scrolling through over 1100 channels in my case, I could easily search for the channel name.
This is a warning to new owners of the 868, make sure you use a good rubric for naming channels.  Some screens allow you to order channels by name to reduce the issue of lack of search capability.

SUMMARY
In summary, I'm really impressed with the AT-868UV radio.  Yes, it’s the only DMR radio that I’ve had but even as a analog radio I actually like it better.  I’ll let you look at the other reviews on the internet but I’ve never seen it loose a head to head with another DMR radio.   The AT-878 was recently announced and that might be the best yet.  If they support APRS in analog mode, that will enable it to make the cut for my primary HT in my SOTA loadout.  As a bonus, it’s also supposed to have "roaming".