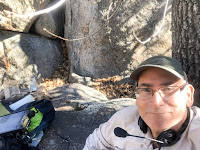 This week’s hike takes Adam and I to Hot Springs Mountain (SOTA peak  W6/CD-010 - Hot Springs Mountain) which is north-east of my home next to Warner Springs on the Los Coyotes Indian Reservation.  It’s the highest peak in San Diego County.  My buddy Adam, K6ARK, pinged me this week and asked if I wanted to join him on this small adventure.  I was all in.  It was a toss up between this mountain and Whale Peak.  Both had the same distance but because Hot Springs Mountain is above 6,500 feet, it qualifies for a 3 point bonus.  The bonus clinched the decision and the choice was locked in.
(Click on picture for larger)

I picked Adam up in Ramona at 7:30 this morning and it was an easy road trip up to the IAF.  We did stop at the small ranger station.  We are on the Los Coyotes Indian Reservation and they ask that you check in and pay a nominal fee to use the area. 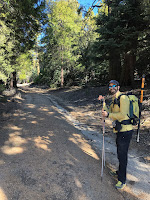 It was about 55 deg in the campground so I had three layers on.  The initial 2 miles is a very steep leg buster going up a road.  I shed two layers after about a mile.  It was a heck of a good workout and technically easy since we followed a road all the way up.  It levels off a little after two miles with a little up and down along the way.  There is a turn around / parking lot at the top with a bunch of VHF radio towers but the high point is actually a hundred yards from there, but not really that much higher. The activation zone covers from one end of the peak to the other.
(See the route in red HERE)

Once at the summit, Adam scrambled to the top of some rocks with his HT and setup his custom 2M double Zepp antenna.  While Adam was getting contacts on his HT all the way into San Diego, I was setting up my HF gear.  Once I was on the sota watch page, the contacts started rolling in.  I had to change frequencies due to another ham setting up about 1MHz away from me but it was all good.  I had a lot of repeat contacts, including Gary and Martha in Kansas, and a couple of new ones.  The conditions were pretty good, especially to the north of me.  Stations in Oregon were blowing me out with just 100 W.  But my favorite for the day was N4T,HamRadio.World Club Youth DXpedition to Dry Tortugas.  This is their official QRZ page). 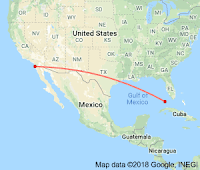 This was my first contact to a a DXpedition.  They are normally difficult to contact because I need to compete with other hams.  This one is probably a coveted contact location because of its rarity, the island of Dry Tortugas.  They were setup on the 17 meter band that I always like to check because it usually hosts south american stations.  The DXpedition was organized by James Lea and his family.  The entire Lea family are all licensed hams and the four kids started getting licensed at age 8!  As they started getting interested in emergency communications, James thought he’d introduce them to “DXPedition” where they need to go to a remote place and be completely self-sufficient.  He also wanted to possibly re-use the location as a way to introduce other kids to the idea and this trip was a trial run at it.  I talked to James on the radio while the girls were out doing something else.  I think he said I was contact 800.  After looking at their home page, they’ve been planning and practicing this for quite a while.  The videos are really cute, check them out! 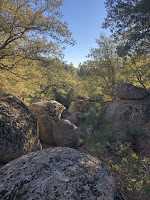 After 35 contacts I was ready to head out.  Before leaving my operating position, I found a way to the high point (on-top of a rock) that wouldn’t result me me breaking something.  I talked to a couple of other hikers that were interested in what Adam and I were doing and then forgot to shoot a panorama from there.  I could hear Adam doing CW at the turn around point on the road where he had a lot more room to setup.  He pulled in more than 50 contacts today, a bunch on CW.  He ribbed me because I got all the SSB contacts before he was setup (Adam tells me that chasers can’t activate a peak more than once a day so once they talked to me, they moved to another SOTA summit).

After heading off the high point, I took some photos, was given something to eat by adam we headed back. 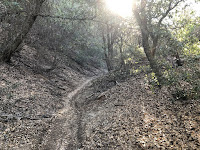 As you can see from our track, we decided to put on an extra mile because 10 miles just isn’t long enough.  Actually what happened is that we were both interested in taking what looked like a single-track mountain trail back to the campground instead of the road.  We had seen a couple of places where it might come out on the road closer to the campground so we thought we would take the adventure, different scenery, and possibly softer terrain.  It had some pretty good downhill and it was a lot softer and more scenic.  It got weird in that it was going up and down the hills unexpectedly.  We were looking at our phones and the course it was taking was continuing to move us away from the road in a way that made us think it was heading off to a different road.  The trail wasn’t charted on our maps so it was kind of a gamble.  When we got to a very steep section with switchbacks headed up,  we reconsidered our plans, not because of the terrain but mainly because it was looking more and more like it was heading to a different road, which would add multiple miles onto the trip back to the car.  Our best option was to backtrack to the road.  Sounds easy but remember the first part of the paragraph where I talked about the steep downhill?  Yup, now we have to climb up that with all of our gear.  I was pretty tapped when we got back to the road.  The rest of the way down the road was uneventful and I was happy to turn off the GPS recording.  11.2 miles for what would normally be a 10 mile hike. 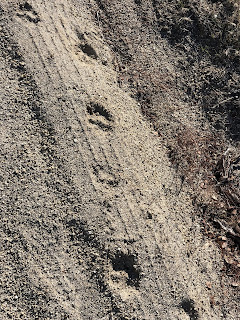 I definitely felt like I did something today.  We weren't eaten by mountain lion (tracks to the right) and I was stiff and sore when I got home AND I got a bonus,  no wallet.  Somewhere between the ranger station where we check in and the house, my wallet went missing.  I keep my drivers license and a credit card in my phone case but I would really like to recover the wallet rather than cancels cards and goof around with the banks.  I’ll have to go back up and look for it.  It’s most likely in one of three places, my radio operating position or where I sort of slid down a rock at the top while setting up my equipment or a place where I slide down a rock off of the high point.

As a second bonus, there were no bonus points awarded for this mountain.  Turns out that this particular mountain didn’t qualify for winter bonus points.  Arrrrg!

All in all, it was still a nice day and I got some great contacts.

UPDATE, Sunday 12/16/2018.  I didn’t get up early enough to summit but I did want to check the ranger station to see if my wallet was there or got turned in.  I called but there was no answer so I drove up there.   No joy on the wallet so I will ride my bike up to the top if I can tomorrow.

UPDATE, Sunday 12/16/2018, 9PM.  I FOUND MY WALLET!!!  I had this nagging feeling it was in my closet, even though I've looked multiple times.  I decided to take another pass at it and found it.  My mtn. bike trip for tomorrow to hunt for wallet is officially cancelled.  Now if I could just get those bonus points for the summit it would be a perfect expedition. 😁 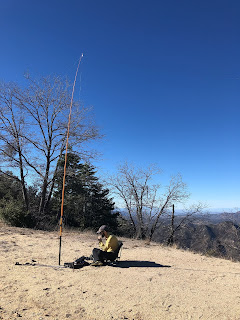 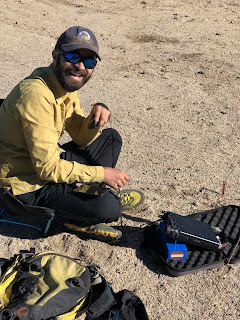 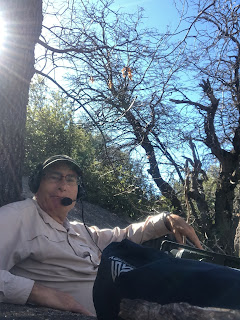 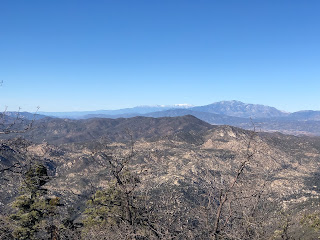 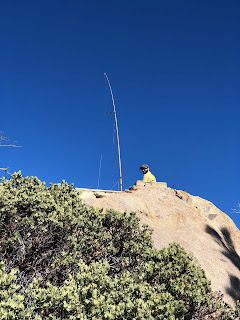 (Adam collecting 2M contacts with his double zepp and an HT)

Check out Adam's video of our adventure.