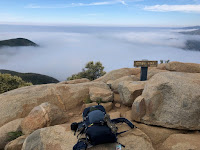 I got up early, the house is empty so it’s time to head out to another summit and ham it up.  Today’s primary destination is Los Pinos Peak.  I couldn’t get up there last winter because the road was closed due to flooding and the fire.  I figured it would be open by now, and if it wasn’t, I’d hike the 6 miles after the gate that I marked last time.  I loaded up and was wheels up by 645.  If the gate is open, it’s possible I can activate a few peaks in the area.  (click on the chart below for larger). 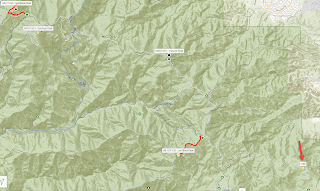 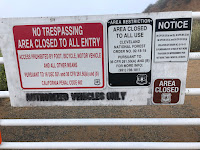 It took about an hour to get to the turnoff and I headed up to the gate, hoping it was open.   Hmmm... gate was not only closed but the entire area forbid any unauthorized access by any means, including by foot.  This is a bummer.  I should have checked with the USFS before I headed up.  The sign mentioned that it was closed due to the fire there last year.

The good news is that there are two alternate peaks in the area that I could go to just a few miles further on the highway.  I wanted some good exercise  and after  checking my charts, I chose Sitton Peak, a 10 mile up and back hike that I’ve done before.  (click on chart below for larger). 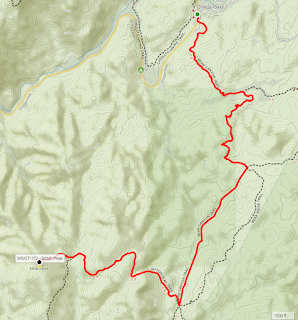 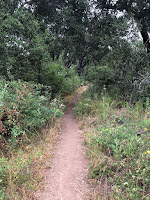 It was still overcast and the beginning of the trail is pretty.  The last time I’d done this was in the late fall or winter.  Today’s hike it was going to get warm but with all the rain it was very very green.  There was one small irritating situation... flys.  Not just a few, but swarms of them that wouldn’t leave you alone.  Small black one to the large ones.  I’ve been on lakes and other areas where flying creatures were numerous but this was ridiculous.  It definitely forced me to keep moving, which only helped a little.

The last mile up the mountain was a butt kicker in the sun.  Once on top, I setup my HF antenna in about 10 minutes and got on the air.  The band conditions were shit today so i didn’t get many contacts and the ones I did get weren’t far.  The flys were driving me crazy and I was literally wiping them off my sweaty neck.  A few people came by the summit wearing small nets over their heads.  I’ve never seen this before but I’m obviously sans clue on the insect thing up here.  One guy gave me some insect repellent but neither one of us thought it did any good. 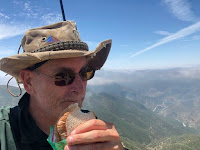 I ate my peanut butter and jelly sandwich while I tried doing a little chasing of other guys on summits but I couldn’t hear any of the CW contacts and the one that I thought I could hear, couldn’t hear me.  I was able to get a couple of guys on another summit near the Hollywood sign using my HT and later via 20 meter but we were line of site. 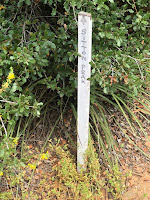 I talked to Adam W6ARK on my handy talkie direct to his.  He had it hooked to his home antenna and 1 watt would allow me to work him.  He went outside with with the HT and an attached antenna and we needed more power (5 watts) but it still worked, that’s 45 miles direct.  I also head Brian KC2GNV who was using his from his house antenna who was 55 miles away.  Not bad!  Adam and I goofed around with DMR as well and then I packed up and got out of there.  All three of us were using Anytone 878s. 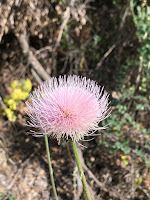 The descent and walk back to the car was HOT.  There is some up hill on the way back which made it more arduous.  The strange thing was that the flys had taken the afternoon off.  I was sort of roasting the whole way back.  I’m guessing the temp was 85 F.  When I got back to the car, I turned the AC to meat locker mode for the trip home.  I took a quick shower and met my sister for dinner.  I didn’t drink at least 2 liters of water on the mountain, a 16 oz unit in the car but it wasn’t enough water because I got the most painful cramp in my thigh I’ve ever had.  Actually the first I’ve ever had in my quad.  I drank constantly after that and didn’t have an issue.

With the flys and the heat I was definitely done with hiking for the day. 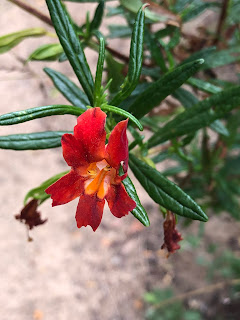 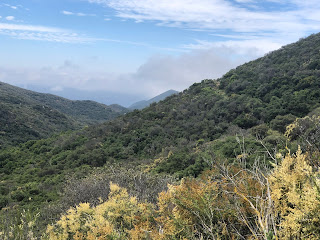 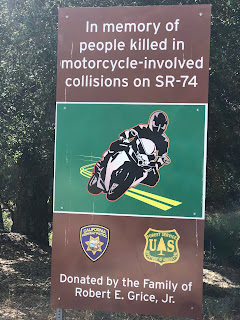 Loadout for the multiple summits: