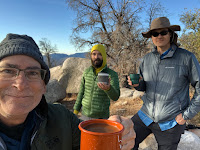 I joined Adam (K6ARK) and Jacob (W6RBS) to hike Whale Peak and play with with radios & antennas.  I worked stations in 14 different countries.  This weekend was the CQ World-Wide DX contest so a lot of stations with massive antennas were going to be on the air participating, improving my chances to work multiple countries.  I’ve done SOTA during this contest before with Adam from a mountain top up near Big Bear CA.  This weekend’s trip was just as fun, allowing me to net some new countries worked with my ham radio and hiking with some good friends.
(click on picture for larger) 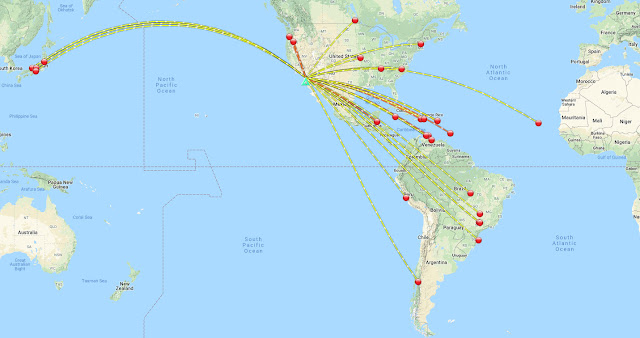 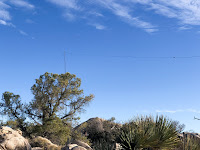 Although I’ve been bragging that I’ve saved a lot of weight in my pack by switching to the KX2 radio and using a different antenna, this weekend necessitated that I bring the big boy up to the summit.  To make it a little more challenging, I also needed to bring gear for summit overnight stay.  I used my larger pack and loaded up with sleeping bag, pad, some food and some warmer gear for the trip.

Adam decided to bring up some extra gear that would allow him to setup a higher gain antenna and extra batteries.  He also hauled more water than Jacob and I so he had the biggest load (it doesn’t slow him down though). 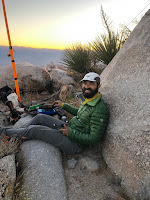 I hiked Whale peak about a year ago with Adam so I was familiar with the route and that we would be doing a little scrambouldering (scramble mixed with boulders).  We left Adam’s house at about 1230PM and arrived at the trailhead a couple hours later.  We summited before 5pm and the tempratures were in the low 80s for sure.

Upon arrival, I immediately setup my station with a 20/40 meter linked dipole and got to work.  The winds were just starting to pickup a tad.  The band was packed with contesters and I immediately worked a bunch of DX stations on the 20 meter band (14 MHz) (Brazil, Venazuala, Japan and more... see the complete list below). 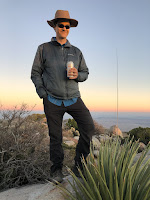 After a while, I stopped and checked out Jacob’s and then Adam’s station and watched the sun set.  As soon as the sun set, I switched to 40 meter but didn’t do nearly as well.  I was really glad I brought a 100 watt radio because it’s really tough to break through a pileup with only 5 or 10 watts when there is a contest going on.  Also, the band was so packed, I could only work a few of the regular “chaser” stations that I normally talk to.

As the night wore on, the wind picked up and it felt like it was gusting at 40 to 60 kts.  At one point, one of the tie-downs on my mast snapped, toppling the antenna.  Jacob helped me repair and I was up and running again in no time.  It was fun checking out what Adam and Jacob were up too as well.  They checked out my station as I got started and the band was really hopping.  Unfortunately once Adam fired up his station, the band wasn’t nearly as good and things petered out. 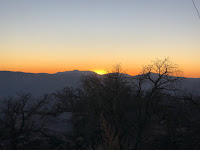 I made a Mountain House dinner and then climbed into my sleeping bag after watching Adam work CW for a while.  I layed in bed for a while just looking at the Milky Way.  It was clear skys with just some glow from Calexico.  We didn’t need a tent but the wind was really whipping... all night long.  My choice for bedding down wasn’t as protected from the wind and I was battered all night long by the wind, making sleep a bit difficult.

I woke before sunrise and figured I might as well get up and watch the sun come up.  After a cup of coffee I fired up my station.  I was hoping to catch some european stations early but I was never able to get a contact in Europe.   However, I was  able to add to the list of countries that I was able to work.  The wind was still whipping my antenna around so I adjusted the antenna a bit while fighting other wind related issues.   The group was in agreement that the band conditions were pretty bad given the solar flux index was at 68 (complete crap).  I still felt lucky to bag the contacts I did get and I got a chance to try my more compact SOTABeams mast. 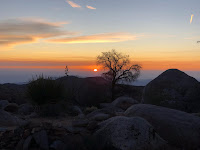 We were planning on doing Pinion mountain which was very close to this trail head.  I brought the KX2 and was planning on lightening my load for that mountain but the team decided to get back home a little earlier rather than spending 3 or 4 more hours hiking.  We had a nice brunch in Ramona and then parted ways.

The only thing I impaled myself on during this trip was some cholla cactus.  It was stuck to my boot sole so when I picked up my boot this morning I got a nice surprise.  I’m not happy unless I leave a little blood on a mountain I guess.  All in all, it was a great expedition and since it was so windy, the other guys couldn’t hear me snore.  I can’t wait to do it again. 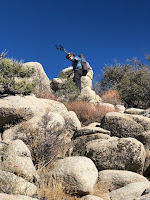 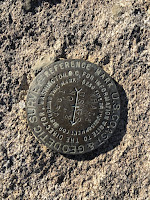 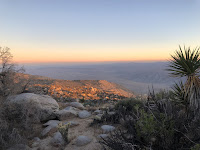 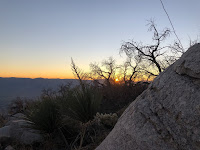 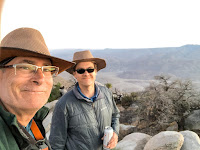 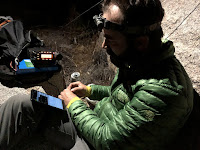 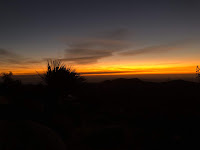 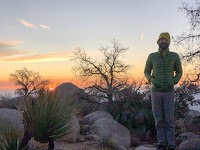 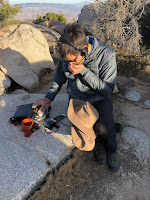 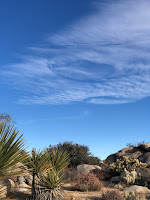 Email ThisBlogThis!Share to TwitterShare to FacebookShare to Pinterest
Labels: 2019, SOTA