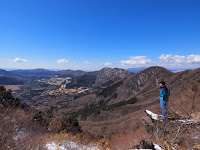 I needed some fresh air and exercise yesterday after work.  I’d been in back-to-back meetings all day and the neighbor had a jackhammer running all.  A quick hike and some radio were in order, so I headed over to a small mountain 5 minutes from my house.  It’s about 2 miles to the top and has 740 feet of elevation.  The one downside is that it’s packed with antennas, RF gear, cooling equipment, etc, so the RFI is pretty bad.  I normally go to the top of a mountain to get away from the RF but in this case, the convenience overroad the other objective.  I wouldn’t get any points because I’ve already activated it this year.  I’ve learned that running CW in a high noise environment really pays off due to the higher signal to noise ratio of CW (you’re listening to a smaller section of the band).

One of my hopes was to work a Japan station summit-to-summit.  I see these stations pop up on Sotawatch all the time in the evening.  I’ve worked Japan stations on SSB from here with 5 watts before but the station had big antennas and lots of power.  I actually worked Japan on my very first SOTA on this mountain.  I got lucky with a summit-to-summit from Arizona peak one time but I was running 100w.  Today would be a challenge with the RF on this summit and I was only running 10w.  One thing in my favor, the other summit stations are normally only running 5 to 10 watts also, so if I could hear them, they can probably hear me. 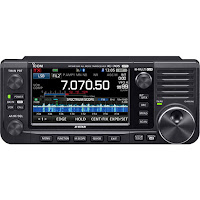 I landed a few CW contacts domestically, including a summit-to-summit (S2S).  Sotawatch showed a JA station, JP3DGT, Katsu, on a summit using the 40 meter band.  I’m thinking 20 would be better at this distance but you get what you get.  I tuned up and could hear him in and out!!!  I played with the band pass on the KX2 and improved the signal just enough to tell it was him.  He was calling out with his call and CQ SOTA.  I blasted my call into the either and waited.  He picked up another station so I waited some more.  I tried a few more times as he ended QSOs and then heard my call come back.  I jumped in with my signal report and summit ID and he came back with the same.  I sent a TU and 73 and never heard him after that so I was wondering if I just dreamed it.  I emailed him, asking to confirm and I heard back this morning, he had me 529 (best clarity, very weak, and good CW).  As a bonus, he told me he was running the brand new, just out, Icom IC-705, a 5 watt radio!  That radio just started shipping and the US guys are waiting for their copy.  Well guys, it works, I can tell you that.
(BTW, the picture at the top is presumably Katsu on a JA mountain.  I pulled it from his QRZ page)

Even on shitty summits, you can walk away with some big fish some days.  I hope Katsu was as stoked as I am.