Today’s summit of Pipestem is in lue of doing Red Mountain.  Dale and I had planned on doing Red Mountain but the trail was closed.  Pipestem is a good alternate summit and is in the same general area but further south down the Mogollon Rim.  The summit is lower than all of the peaks farther north, it’s about 7,244 feet at the summit.  I met Dale at his cabin in Alpine at about 6AM and we headed out.

On the drive down we saw several small groups of deer and some baby deer as well.  In addition, we came across some large wild turkey hens and further down the road there were some tom turkey.  We stopped pretty close to the toms and watched them for a moment. Dale was running my camera most of the time.  We got pictures of all the wildlife except for the toms, I think they were too close. 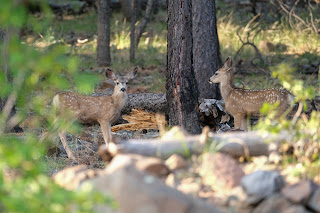 I had charted a way to the summit the night before and when I stopped the car Dale noticed that the summit was still south of us.  It turns out, the labeled summit on the USFS and other maps is different than the actual high point.  I’ve seen this before.  The lesson here is to always drop a pin on your mapping program that uses the latitude and longitude from the SOTA data reference sites.  I’m using GAIA GPS now and it’s been working pretty well.  If you don’t drop a pin on the SOTA summit, which is almost always the high point, you could end up activating from the wrong summit. 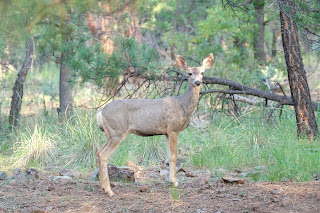 We pretty much followed the charted path that I had made the night before.  It went up a small ridge and climbed up to the top.  What the charts don’t show you are the large lava rocks you have to navigate over or around, so charts are just a small representation of the reality on the mountain.  It’s just a little over a half mile to the summit but the ascent is 504 feet so you’ll definitely feel it.

The summit is fairly small and the AA7OY and N1CLC antennas were only separated by about 30 feet.  I ensured that my setup would result in me being able to get under a tree for shade.  We decided which RF bands we would work and then started sending cool waves into the air.  It was still fairly early in the day but we both activated the summit on our respective bands and then traded bands.

I netted four summit-to-summit contacts.  One of the summit-to-summits I had was with N6AN who also contacted me when I called CQ on side-band (voice).  We had a pretty good signal between our radios with David on a northern California summit.  I also had a strong signal with Adam, K6ARK, who was just east of San Diego on another summit.

Once the contacts dried up, we packed up and headed back to my car.  We went a little more south than our trek up, getting into some slippery dirt and scree.  We did a course correction and had no issues the rest of the way down.  I expected it to be a lot hotter on the mountain as the day wore on but in the shade it couldn’t have been over 75.  I ended the day with 22 contacts and I think we hiked 1.1 miles, so it wan’t a huge expedition but it was a lot of fun. 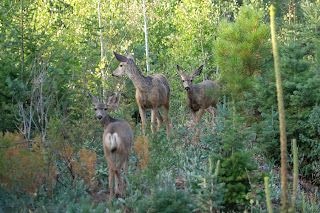 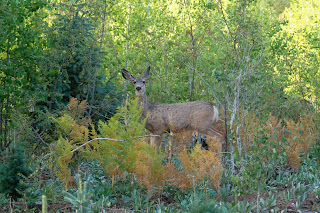 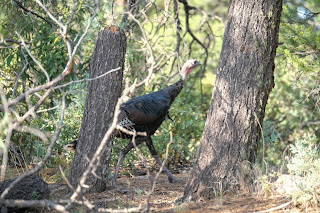